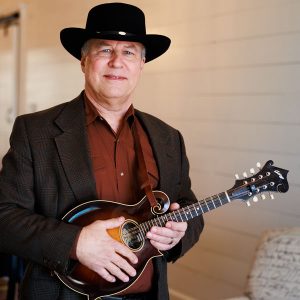 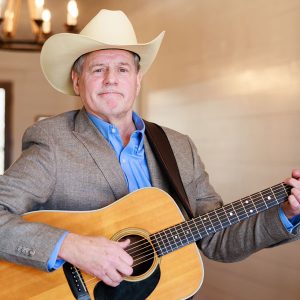 Raised in Abilene, Richard Gilbert learned to love music, especially acoustic music at an early age while listening to his Dad play the fiddle and guitar.Â  It was just by accident that he was introduced to Bluegrass and Traditional Country music when someone left an Eight Track of the Nitty Gritty Dirt Bands “Will The Circle Be Unbroken” tape at his house. He started playing his guitar and singing along with the songs on that tape and that’s all it took.Â  He was hooked. He has led Traditional and Contemporary Music Services at his Church and has written numerous Gospel and Bluegrass songs over the years.Â  He has been influenced by John Denver, Tony Rice, Ricky Skaggs, Merle Haggard, and many others. Richard has played in very well-known Texas bluegrass bands in the years past, such as â€śSouthern Comfortâ€ť in the early 80’s. There the band won numerous awards including “Best Band” at Bill Grants Festival in Hugo Ok. He also played with â€śHere and Nowâ€ť at numerous Festivals across Texas and Oklahoma. 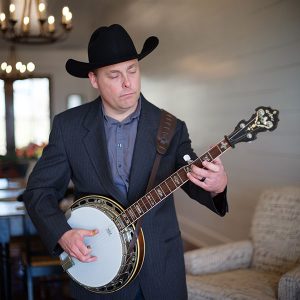 While multi-instrumentalist Chris Plumlee is the banjo picker in the band he also is accomplished in fiddle and guitar. Chris founded a bluegrass music program for children and teens, and currently has twelve students aged from nine to seventeen. Within this program he has established two bands, the older students; First Class Bluegrass and the younger students; Growing on Bluegrass. They have played often around Collin County at chili cookoffs, church functions, and fundraisers. Chris and his wife, Lisa have three children who are also learning to play bluegrass. Chris is a Captain rank firefighter for the City of Allen. Read and article about Chris in Allen Image “Thereâ€™s No Putting Out This Bluegrass Fire“.

Rosin has been fiddling since he was eight years old, having taken an interest in the instrument out of curiosity. As a child, he was constantly wondering, â€śHow does that work?â€ť His parents would give him broken clocks, VCRs, and vacuum cleaners, just so he could take them apart and see what was inside. At some point, he saw a video of somebody playing a violin, and wanted to understand how rubbing a wooden box with a stick could make music come out of it. Over the next few years, Rosinâ€™s parents and siblings also took up instruments, forming the Greer Family Band, with his father Lawrence on bass, mother Lisa on guitar, brother Adam on guitar and banjo, and sister Mandy on mandolin. Rosin also competed in many fiddle contests, placing highly in the National Oldtime Fiddlersâ€™ Contest in Weiser, Idaho in 2006, and winning the Walnut Valley Fiddle Championship in Winfield, Kansas in 2010. Rosin works as a design engineer, and also plays bass in Dallas-based heavy metal band Roaring Truth. 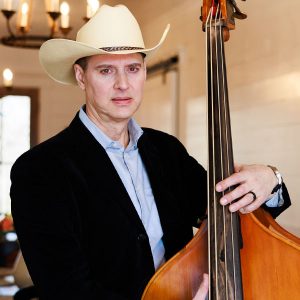 EricÂ is a seasoned upright bass player with several decades of experience in both live performances and session work. As a live performer Eric has performed in venues of all types throughout Texas, Oklahoma, and elsewhere.Â  As a session bassist Eric has dozens of radio and television credits, Â including recordings with a multi-CMA and Grammy winner, a Handy award winner, and a Blues Foundation Award winner.Â  Eric is also active in several music-related charities, including as a founding board member of The Texas Music Project (501c3), as music publishing administrator of Texas Legendary Music (501c3), and as a board member of the Bob Wills Heritage Foundation (501c3).